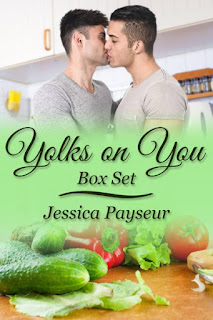 Mount Angus is a small Wisconsin town that would be boring if not for its many over-the-top holiday festivals. Kiko Cooper is a local owner of the niche egg-themed store Yolks on You. Dominic Grady is a tourist who finds himself suddenly single while on vacation. What starts with a bad breakup quickly spirals into new romance, intrigue, and murder.

Neither Kiko nor Dom can resist the pull of a good mystery any more than they can resist the attraction they feel for each other. Surprising everyone in town, they make a cute couple, and a decent investigative team, too. Which is a good thing, because Mount Angus appears to have a small murder problem...

Contains all five stories in the Yolks on You series, but if you want them individually or in paperback, see below: 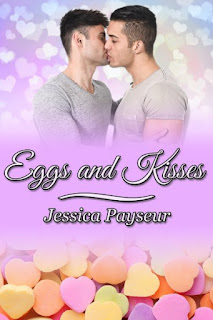 Tensions are running high in Mount Angus as the entire town plans for the annual Be Mount Valentine Heartstival and all residents keep an eye out for the latest relationship drama. Kiko and Dom just want to enjoy life together, a task made difficult by nosy residents demanding to know when they're going to tie the knot. And when Dom discovers Kiko actually hates this holiday, he decides it would be perfect to create a fake proposal.

But before anyone's matchmaking schemes can get too far, Kiko's employee Chad finds a body rolled in a rug. It's obvious there's more than just love in the air, and if Kiko and Dom can't figure out how to work around their emotions, the Heartstival might just end in tragedy. 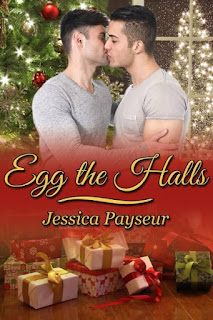 With the horrors of Halloween behind them, Kiko and Dom turn their puzzle solving skills to surviving the holiday season. Dom hasn't had a proper Christmas in years, and Kiko's sister visiting makes him feel almost like family -- until his brother, Devin, decides to show up and throw his disapproval into the mix.

Just when it seems like they have enough to deal with at home, local artist Cat asks them to solve her vandalism problem. Still shaken from their last mystery, Kiko and Dom only agree to help her due to the lack of murder.

But when the property damage escalates and Kiko begins receiving threatening letters, this harmless little problem turns deadlier than anyone thought. And if they can't get to the bottom of the family drama fast enough, Kiko might never be home for the holidays again. 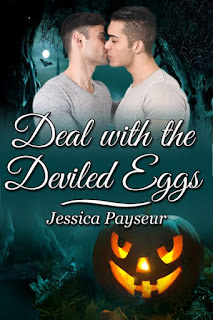 Deal With the Deviled Eggs (Yolks on You #3)

After a chaos-filled summer, Kiko and Dom are ready to ease into a more laidback autumn and really put in some quality time together. Allowing Dom's ex roommate to crash with them, however, turns out to be a mistake when the guy won't leave.

Dom struggles to cope as Travis dredges up things from his past he'd rather not remember and slowly casts doubts on his relationship with Kiko. Just when the tension seems to be too much, a murder after a Halloween party reignites the spark between Kiko and Dom again.

But when the body count begins to rise, it becomes clear that this is no ordinary killer. With few leads and no end to places the murderer could strike, this could either be a Halloween for Kiko and Dom to remember, or their very last. 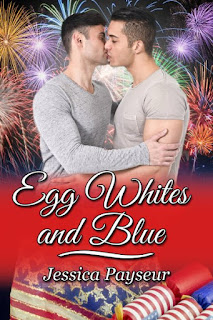 Egg Whites and Blue (Yolks on You #2)

Kiko and Dom are still getting used to settling in with each other, a task made difficult by their conflicting schedules and habits. With Mount Angus' Knee High 4th of July Festival approaching, they anticipate spending some quality time together again, if only for a weekend.

But the arrival of Kiko's ex, a well-known chef who seems to be taking interest in him again after a decade, throws up unnecessary tensions. And when Dom stumbles across a body with a pie server in its back, they find themselves drawn into another small-town mystery where the dark secrets of family recipes and a generous serving of danger could very well get them killed. 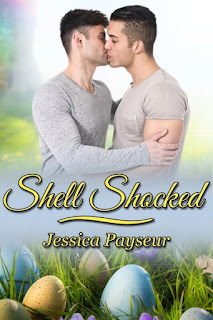 Shell Shocked (Yolks on You #1)

When Dominic agrees to join his boyfriend Alec and his kids for a weekend away at the annual Eggstravaganza in Mount Angus, Wisconsin, he’s expecting a boring, if kitschy, experience. He isn’t expecting to discover Alec is cheating on him, and he certainly isn’t expecting an exploding cow to drop him in the middle of a deadly mystery.

Suddenly single and surrounded by a town’s worth of suspects, Dom finds himself oddly drawn to playing the sleuth, especially if it will get him closer to Kiko, the owner of the niche shop Yolks on You.

Together the two men navigate a web of intrigue and lies, and the sniping of a jealous Alec, in a town filled with murder and Easter-themed mayhem. Will they manage to make it through the Eggstravaganza alive, or will the murderer leave them much more than just Shell Shocked?