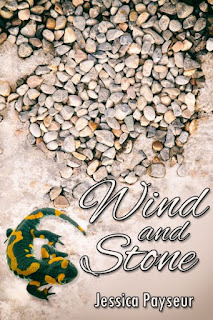 With Emylnor saved, Akton and Talfryn try to settle into a normal life. But before they can get too comfortable, they learn dragon shifters are attacking. Led by Lord Fanglyr Reynox, the dragons are vicious, capable of extensive magic, and taking advantage of Queen Ylenia's weakened forces. When Wren returns, they have a choice: report to Ylenia for orders, or go rogue with Wren and take down the Dragon Lord.

It could get them executed, but they choose Wren. Not only did she help them before, Akton and Talfryn are drawn to one of her companions, a griffin shifter named Lochlann. But navigating love among three men is the least of their worries. They're going deep into the Dragon Realm to confront Lord Reynox, and the dragons are known for their brutality. Can their growing affection catch fire, or will it be snuffed out by the wind and stone of war? 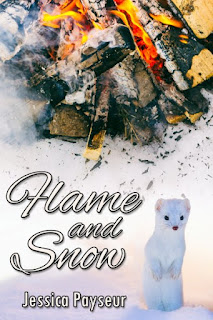 Generations ago, shifters -- many with magic powers -- were accepted throughout Emylnor. But a war with the nearby dragon nation bred concern, and though Emylnor's forces beat back the invasion, the shifters retreated into hiding.

Akton is a weasel shifter who seems to have no magical talents. When he is hunted, Talfryn joins the fight, finally able to flex his salamander flame powers. But while they make a good team, the thrill quickly wears off when they uncover recruitment orders. A shifter named Basil is building an army.

Someone has to warn Queen Ylenia before Basil can launch Emylnor into another war. When Akton and Talfryn volunteer to deliver the information to her, they have no intention of getting deeply involved with the fight -- or each other. But to stop Basil, they need to learn to trust each other completely, and fast. Or all of Emylnor will burn...